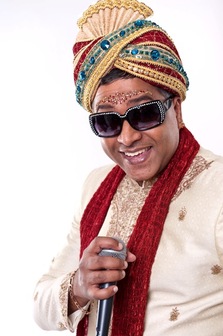 The enigmatic and charismatic Karou Charou , shot to fame with his groundbreaking one-man show Kama Sutra, which has enjoyed sold-out successes all over KZN and most recently in Jozies at the Lyric Theatre (Gold Reef City).  He has single handedly turned the Indian comedy circuit on its head, going where no other Indian comedian has dared to go. His brash unapologetic style, laced with expletives, and trademark forays into the audience has won favor with audiences hungry for this type of comedy.

“It isn't a conventional stand-up routine, by any means, but with so many comedians plying their trade out there at the moment, you need something different. Karou's attitude counts for a lot - he's unapologetic, he's brash - and that means he can pretty much get away with anything on stage” … these were the words of  Star Tonite journalist Paul Eksteen, after he watched Kama Sutra at the Lyric Theatre (Gold Reef City)